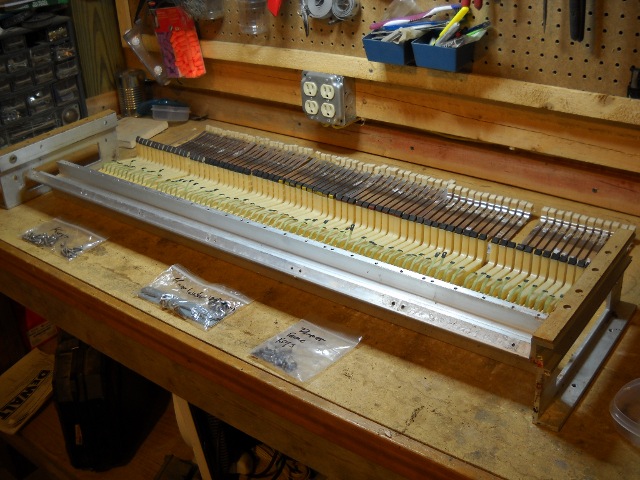 The action rail is an aluminum bar that supports both the hammers and the dampers. It in turn is supported on each end by the harp supports and the whole assembly is bolted to the bottom half of the plywood case. After removing the harp frame, the action rail was completely disassembled. One end of the rail was much more corroded than the other and a few screws needed some convincing before they’d come out.

As I disassemble the piano, every screw that appears salvageable has been cleaned up on the bench grinder’s wire wheel. Although it probably also strips plating, the wire wheel is very effective at removing all rust and corrosion from the screws.

The cleaned action rail still shows some pitting where the worst of the corrosion was but, all in all, its condition has greatly improved.

One thought on “Action Rail”